Grazlaa are horned, blue, furry monsters armed with extremely sharp and dangerous teeth and possess two legs but no arms. Their tracking abilities are sensational as they can hunt down a target with just one small scent. Feared for eating though every planet they've ever visited, they can only be held in containers made of alloy from dying stars. Due to a metabolic reaction, a Grazlax can multiply into three Grazlaa if it gets too hot. They can only be defeated by extremely loud and high-pitched sounds such as a doorbell or violin where they subsequently explode into orange goo.

The Nekross had been able to capture some Grazlaa in an alloy-made box at some point in the past. It was kept in a guarded room on the Zarantulus. Grazlax Attacks

As a way of tracking Tom Clarke, Lexi decided to release a Grazlax on Earth. The Grazlax attacked Tom, at the house of Benny Sherwood. With Benny's parents out, Tom and Benny found themselves trapped with the Grazlax. After attacking the creature with a hairdryer, the duo witnessed the Grazlax multiply into three Grazlaa. With the rate of the Grazlaa growing, Tom and Benny attempted to find a way to defeat them. They found their solution when Katie Lord rang the doorbell in search of Tom and the Grazlaa appeared to retreat. The duo used Benny's violin to defeat the swarm of Grazlaa, thus finding themselves showered in goo. Grazlax Attacks 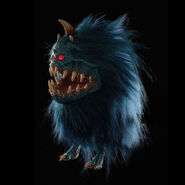 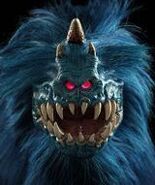 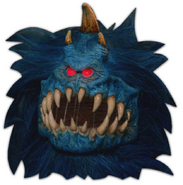 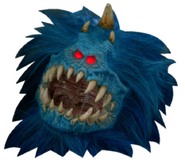