Ursula Crowe is a Wizard of the Magical Line of Crowe, wife of Simeon Swann, mother of the late Helen Clarke, mother-in-law of Michael Clarke, and grandmother of Tom Clarke. Ursula may at first appear as a typical cuddly grandmother, but she has inner steel! Well-versed in the ways and mythologies of wizardkind, she delights in teaching Tom how to cast spells and read the wizard language, stonescript.

Ursula is a descendant of Caractacus Crowe and was born as the seventh daughter of a seventh daughter of the Magical Line of Crowe. Some years later she met a male wizard named Simeon Swann and in 1971 they had a daughter named Helen who inherited their magicial powers. Sometime later, Simeon left for the Neverside and never came back leaving Ursula to raise Helen alone. Helen grew up and married an Unenchanted man named Michael Clarke and had a wizard son Tom in 1996. Ten years later in 2006 on Halloween, Helen died protecting Tom from a Nekross probe and with that Ursula help Michael raise Tom and teach him magic.

Ursula died in All Out War! after casting a fourth spell and it taking her soul. However she came came back to life when the Pale Shadow of her daughter Helen Clarke cast a spell to restore her soul.

Ursula is kind, cheerful and caring to her family, especially to her grandson Tom, who like her is magical. She is very fond of Benny and cares deeply about the boys, always trying to protect them, even at the risk of her own life.

Like all the wizards that appear in the series Ursula could only perform three spells a day before having to wait until sunrise to perform more. She unlike the other magical characters in the series used a staff to perform her magic. 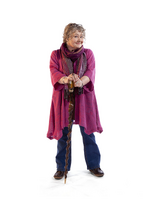 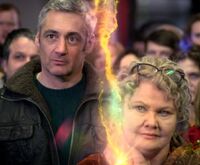 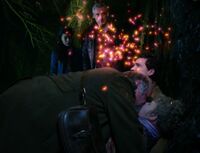